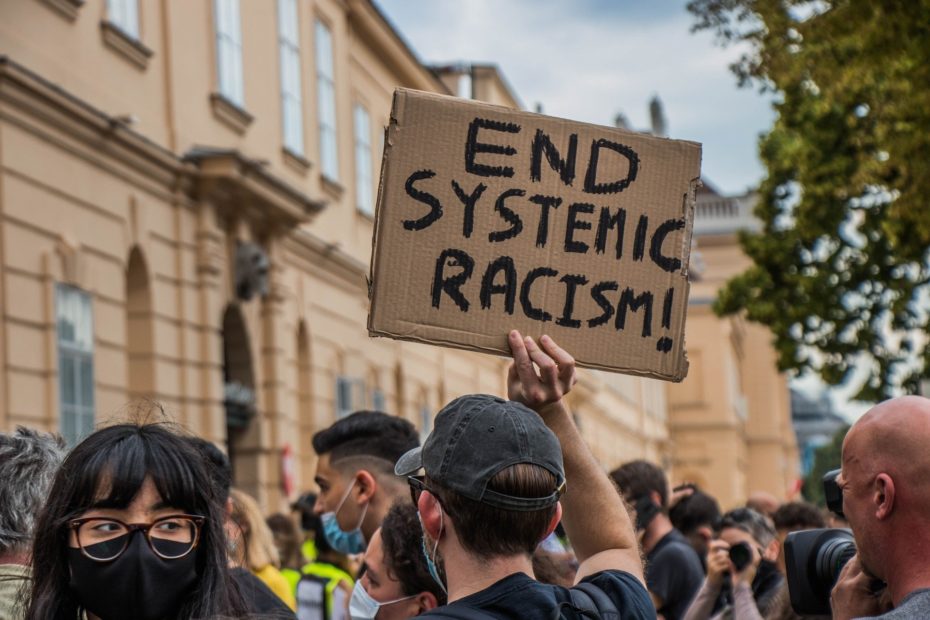 We were all shocked and disgusted by the murder of George Floyd last month in the United States. It sparked protests not just across the US, but across the world.

Where we are today

Racism is not limited to the US. Johnson is wrong; racism is a large problem in the UK and is as deeply entrenched – but it’s often more subtle. Many school children are brought up with the ‘just be nice to people’ and ‘if you don’t have anything nice to say…’ mentalities, however, the problem with this is that it doesn’t necessarily change what people think – it just allows them to hide their true opinions. Tackling racism goes beyond just being nice to people; it’s about challenging our deepest preconceptions of others and creating a fully inclusive society with equal opportunities for everyone.

Many justify their inherent racist opinions by starting lines with ‘I’m not racist but…’ before coming out with a grossly unmeasured statement. It is easy to see how such statements could exist. For centuries colonising countries, such as the UK, have become used to enjoying a privileged status in the world rooted in imperialist rules and a national history of plundering other parts of the world. We, ourselves, may not be responsible for the actions of our ancestors and while our physical decolonisation has come a long way, we are a long way from completing our mental decolonisation.

The global economy continues to be run from a handful of mostly white, English-speaking command centres that formed parts of the British Empire; London, New York, Hong Kong, Singapore, Sydney. Boardrooms full of mostly white men in these cities continue to decide the futures of millions of non-white people throughout the world; nearly all of HSBC’s trade is in Asia, yet the decisions are made in London. If we really believe in Black Lives Matter, decision-makers need to stop behaving as though they are running an empire as this enforces racist sentiments in everyday life.

Where do we go from here?

George Floyd’s murder occured right at the concurrence of a new frustration of people being locked in their houses combined with their old frustration of discrimination and resulted in a new form of togetherness in a time of ordered loneliness.

The country seems to be divided into two main camps. Those of the BLM movement and their allies and those who criticise BLM for instigating trouble. As with healing the divides of the Remain/Leave camps, we will never get anywhere if we simply shout each other down. Both camps need to try – at least – to truly understand the other side of the argument.

The largely white communities who criticise BLM for not following ‘democratic’ processes need to accept that the system is institutionally set up against the interests of black and minority ethnic communities. For years, black campaigners had tried to bring Colston’s statue in Bristol down with no success. With hardly any representation in Bristol’s City Council black voices were continuously ignored for the pure fact of being in the minority. There is understandable anger that is instigated by the state when your life and the lives of your ancestors have been continually discriminated against and minority protection fails to be awarded properly.

Equally, BLM protesters must go beyond simply protesting in the street. We urge them to get involved in political parties and make their voices heard democratically as well, because if they don’t, we will have white people conducting inquiries and running select committees into the problems of black communities. This is a recipe for failure. The inquiries and reviews need to be led by people as diverse as those that their decisions will affect. Making use of democratic processes in addition to protesting may convince opponents to truly deal with the issues at play.

And for all of us who are ready to listen, we need to fundamentally change our society and economy so that decision-making involves all people that are affected, even if this means actively reaching out or moving certain discussions beyond our borders closer to the places where they actually matter.

Creating the environment for change

The UK is in a good place to have this discussion. We are one of the most multicultural and diverse societies in the world. We have a lot of experience of living in a globalised society, and we also have set up a number of forums for dialogue both at home and abroad. Now we have to build up these structures to be able to facilitate these pressing conversations and develop much-needed action plans.

We all must sit round the table on this and connect with our opponents. We need to bring everybody on the journey with us, not strengthen the bubbles we have created. We may feel happier within our bubble of like-minded people, but to stay within it is to exacerbate the problem of two camps having opposing conversations with no understanding of the other side.

Let’s all use our conscience to override our emotions and bring ourselves to talk to our opponents. Join charities, organisations, and most importantly political parties where you know you can make a difference. Think about the effect on black and minority ethnic communities with every decision that is made, and challenge anything that could have a negative effect. Don’t just shout in the streets for change, be the change.