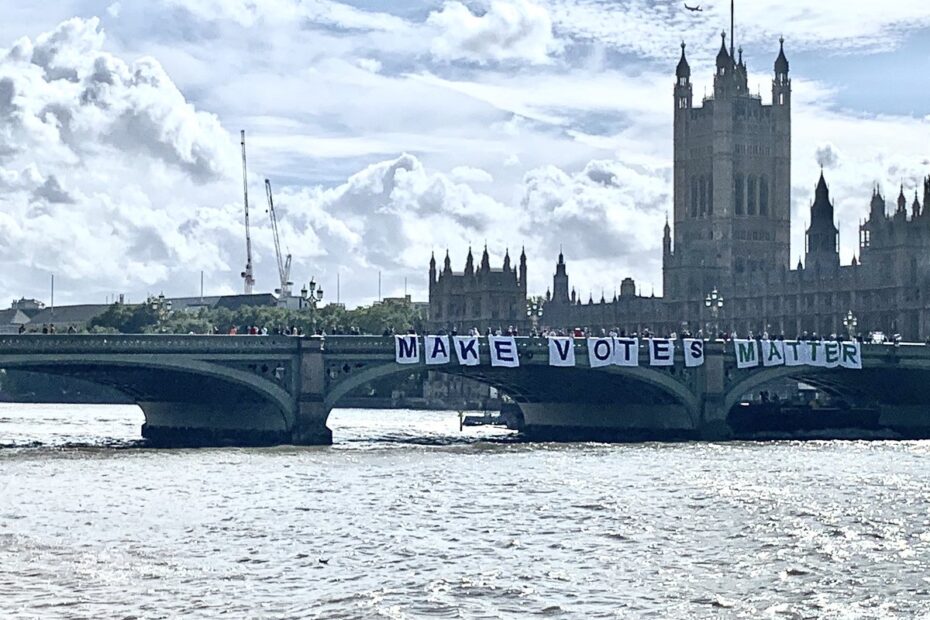 The 1000’s who rejoined Labour after the departure of former leader Jeremy Corbyn expect reform. Keir Starmer won back the pro-Europeans with promises of electoral reform and progressive policies. Many left when Corbyn failed to promote an agenda for progressive reform, and they will do it again if Starmer fails to do so too!

Electoral reform could hardly be claimed as the key winning policy for labour in 1997. It was however, clearly part of his electoral promise and a loud part thanks to the work of lobbyists within the party. Alas, the moment Blair attained his impressive majority he lost sight of the merits of electoral reform.

Labour is still paying the price of that decision today. For without FPTP, the slim majorities held by the Conservatives in recent years, might not have resulted in enough seats to form a government.

Polling carried out on behalf of the Electoral Reform Society revealed that only 4% felt that they could influence politics. The very purpose of a democracy is to enable the citizens the opportunity to influence their futures. That only 4% believe this, dramatically illustrates how the UK’s democracy is failing to achieve that inalienable right.

The level of anger at the current system is beyond question. The collective dismay over the handling of COVID pandemic is perhaps the most damning issue, and we are seeing a new level of local organisation against the current First Past The Post system. Local Make Votes Matter group in Lewes received considerable attention for their socially distant protest. A local Make Votes Matter branch covering Starmer’s constituency is also planning to do something similar.

Jeremy Corbyn stated again and again that he was open to some sort of electoral reform. Despite this,  and even after many of his MPs wrote to him on this very subject, Corbyn’s Labour made no such promise. Corbyn failed to adopt an agenda for change that would help bring greater citizen power to UK politics. The Ballot Box only served to confirm this.

It is baffling that Labour has not yet made the pledge for reform. 76%, over three quarters of Labour members now support proportional representation in Westminster. If this figure is not enough for the Labour Leadership to think again, then serious questions must be asked.

Corbyn failed to unite the party behind a single banner. Starmer has the opportunity to create a united progressive Labour that fights for everyone. People left Labour over Corbyn’s failures and there is no doubt it will happen again. Starmer must seize this opportunity  to turn Labour into the party leading Britain’s progressive reform.

The Conservatives have been in power for 10 years. They have won the last three elections. Hoping for a return to 1997 won’t work. Labour needs to be at the forefront of change and reform.

If Starmer is able to harness the anger felt in the British population over the current system we could see the  Conservatives weakened. Anti-Tory parties won the majority of votes at the last election, a proportional system would have taken away the government’s 55 seat majority.

Please Mr Starmer, it is time to reform our electoral system.