We must ‘Rejoin’, here is the roadmap. 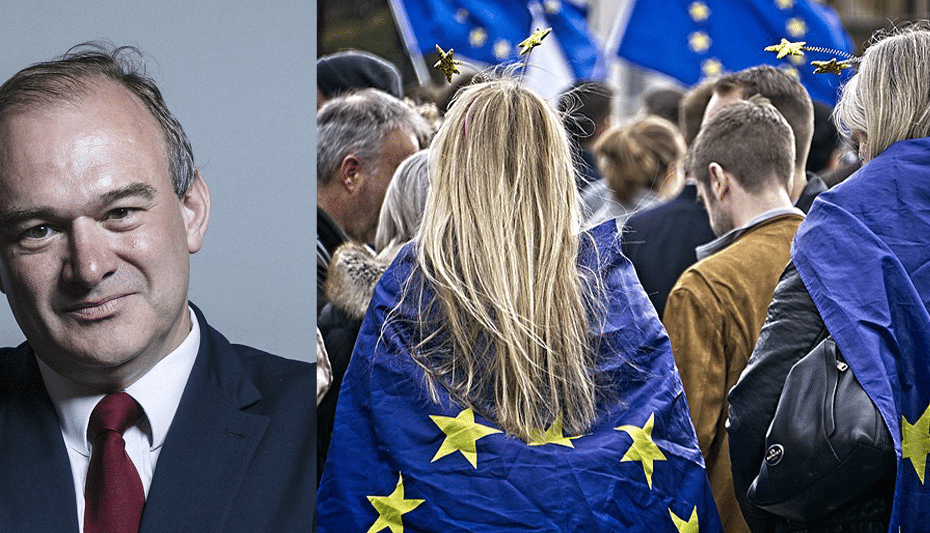 “I think the idea that people want to re-visit this in two or three years’ time, I think that’s for the birds”

These words have been controversial for pro-Europeans. It proved that the new Lib-Dem leadership is somewhat out of touch from its membership. It is true, the polls suggest little has changed from 2016, in August the nation was still split 52%-48%. Euro-pessimism is settling in, Davey spoke as if the whole country was his supporter base. He forgot that his party has always been pro-Europeans. Denying this fundamental fact is not going to help his party recover from mistakes it made in the past 10 years

It is vital that pro-Europeans remain pro-European. Europe is still a project of hope, one that brings us freedom and opportunity. Europe was meant to help its member states secure their place in the new world order. More than ever, its citizens expect it to tackle global challenges like global warming, the refugee crisis, financial crashes, pandemics… From unity we can draw our strength.

The UK was destined to achieve great things, it was a window for the old continent to the rest of the world, and it provided leadership which could propel Europe forward. Regrettably, some never accepted Europe even after the devastation of the world wars and kept lucidly dreaming of their defunct empire. They blamed Europe for ills that it had not committed which made Britain turn off the road to prosperity.

We see the result today. None of what was promised has yet been delivered. The plans for a reaffirmed self-confident Britain are delusional. The United Kingdom is more isolated than ever as politicians realise that needs to lean on its family of nations in times of hardship. Imagine the good that could have been achieved if the EU had worked with Britain on COVID.

What the Brexiters could never understand is that the UK draws sovereignty from the EU, it draws strength. Brexiters never understood this. The devolved administration were entitled to recuperate some of the legislative power from the EU and yet again, Westminster just unilaterally decided to keep everything for itself. Consequences? The Northern Ireland protocol is compromised. Scotland is set on the path to independence. Wales is starting to think about it.

There is no question about it, we have to Rejoin the European Union. Europe is not perfect, but we are better in than out.

We are not going to get Rejoin by asking for it and we don’t need a ‘charge of the blue brigade’ either.  What we need is an action plan, a roadmap to rejoin and a new political approach to Europe. By campaigning to change politics from top to bottom we will sow the seeds for Britain’s return.

Waiting for the right moment to hoist the ‘Rejoin’ flag is only going to slow things down. We now have time to address the failure of the British system to ensure that a few can’t control the many and we get that new referendum.

We have to reform if we are to rejoin. Entrenching our reforms will make sure that Rejoin can’t be undone by populists ever again.

Electoral Reform is perhaps the most important step. As long as we have an unrepresentative parliament we will continue to be ruled by egotistical populists. As long as a blame game continues any future hopes for a EU referendum are slim.

Reforming elections does not stop at voting. Campaigns need to be cleaned up, a challenging reform with this government but vital following the massive privacy breaches by the likes of Cambridge Analytical and AggregateIQ. General campaign material must improve. A lie used to end a politician’s career, these days it seems to make it. The rules for campaign financing also need to change. Election after election private interests are fueling the big parties electoral machines. Democracy is about ideas not bank accounts.

Calling somebody corrupt is a bold statement, however it might be increasingly apt following the array of appointments made by the current government to friends. Meritocracy is a key British value we need to return to. We need to reform the very people within politics.

Reforming the core of our political system to represent people more accurately will make a new EU referendum possible.

Too many people live on the breadline, they are rightfully worried about migration, we need to demonstrate how by collaborating beyond our borders with Europe we are able to reduce food prices & make their lives better. Taking back control was about the centre ground finally being heard, it is now time to deliver the EU as an answer to the centre ground’s misgivings.

In conclusion, there is a multi-step plan. Let us not kid ourselves, it is not going to be straightforward or easy to implement and it will require investment, adaptability and political savviness. Still above all, we need somewhere to start: