Why We All Need HS2 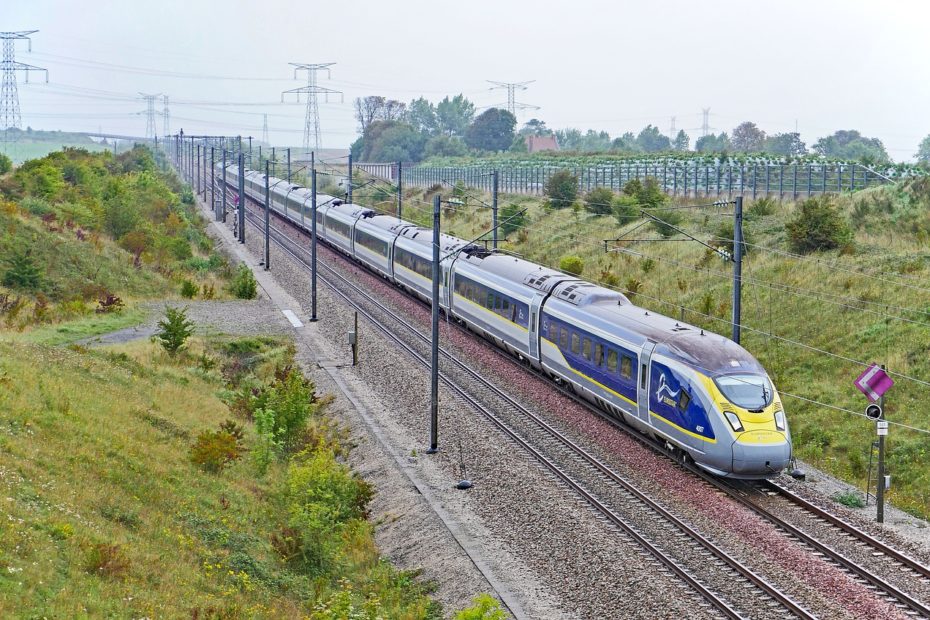 HS2 is the only national infrastructure project that has the power to radically transform our travel habits, environment and society for the better. Not only is it an exciting project with enormous unspoken potential; it’s actually the only project that can meet Britain’s needs.

One of the greatest cries from critics is “why don’t we just fix what we have”. It’s important to understand that what we have is broken because we don’t have HS2. You can’t get rid of delays if you’re trying to run tractors, buses, bikes and Ferraris all on the same B-Road.

We’ve been here before. In a previous attempt to cut corners and do things on the cheap, the UK spent £9bn to upgrade the West Coast Main Line (WCML) causing huge disruption throughout the noughties on journeys between London, the West Midlands, North West England and Scotland. Little over 10 years later, the WCML is now at capacity again and the upgrade has proven redundant.

Studies have been taken out into the cost and benefits of further upgrading existing lines and show that it would cost little less than HS2, deliver hardly any of the benefits, and cause weekend shutdowns of Britain’s mainline network for two years. Our rail network was built over 100 years ago. There are only so many times you can patch up a classic car before it is time to bite the bullet and invest in something fit for purpose. In the long term, this is cheaper than constant repairs and also delivers performance that would have been impossible to achieve otherwise.

Have you ever wondered why many EU states such as France and Spain have cheap rail fares and fewer delays? They started building their high-speed rail networks many years ago with service now connecting all the major cities. The result is that expensive, lengthy upgrades to the old network are no longer needed. The cost of spending years upon years of tweaking and fixing our outdated network is reflected in sky-high ticket prices that will continue to rise unless we choose to support HS2.

HS2 is not primarily about speed. It’s about capacity.

Separating slow local stopping services from fast intercity service enables significantly higher capacity for both service types. Metro services, such as London’s Victoria line, are able to run trains every minute because all trains move at exactly the same speed, stopping at all the same stations, which are all a similar distance apart. It’s effectively a giant conveyor belt. However, on the national network, long-distance trains that can run hundreds of miles without stopping are held up when they get stuck behind a train that stops at every station. Imagine if we were able to give these trains their own lines. This is HS2.

HS2 will enable an increase in long-distance high-speed services directly connecting Leeds, Sheffield, Manchester, Nottingham/Derby, Birmingham and London, which frees up capacity on the East Coast, Midland and West Coast Main Lines to hugely increase the stopping service to our smaller towns and cities. With traditional lines no longer needing to be clear for fast services to run through non-stop, we would be able to wave goodbye to the days of hourly (or less) service at our small stations. It would even be possible to increase service to metro-frequency on crowded commuter lines such as Leeds-Doncaster, giving local transport a much-needed boost.

By creating a frequent passenger service to even our smallest stations, rail would be positioned as a true alternative to the car. It would also enable the re-opening of closed lines as those services would now have space to terminate at rail hubs currently congested by long-distance services. This could be transformative for parts of the UK not directly served by HS2 such as Mid and North-Wales, where services to Holyhead and Abersytwyth could be greatly bolstered with the newly available capacity at Manchester Piccadilly and Birmingham New Street. Consider too the benefit for freight. It’s currently impossible to take any more lorries off the road as the tracks are full. Ensuring high-speed trains are on their own lines frees up capacity not just for slow passenger services, but also for freight services that typically run no more than 60-90mph.

But of course, high-speed rail is itself the most environmental form of mass-transport. A Eurostar journey from London-Paris emits just 6g of CO2 per passenger kilometre. Compare this to an eye-watering 254g for short-haul flights or 41g for traditional rail. And most importantly, high-speed rail is the only proven technology that can reduce short-haul flights. Thanks to the completion of HS1, connecting London to the Channel Tunnel, it is currently possible to take the train from London to Paris in just over 2hrs – less than the time it would take you to fly when travel times to/from the airport is included. As a result, the aviation market on this route has been decimated. The story is repeated on the Madrid-Barcelona high-speed line, where rail has nearly entirely replaced short-haul flights on this route.

High-speed rail is the only way we can reduce carbon emissions with the urgency we need. Exciting technologies such as hyperloop are in development but with maglev technology now proven, it still has not been expanded beyond a short line connecting Shanghai to its main airport. Several theories could explain why, but one of the most pertinent for the UK is that a new technology would not be compatible with the current rail network. With HS2, it will be possible to run fast trains from Edinburgh/Glasgow on the traditional lines to Leeds/Manchester, which can then transfer onto HS2 for the journey south. This would cut journey times from London-Scotland by an hour and position rail as a true alternative to the plane.

We may speak about ‘economic geography’; the pattern of trade that is created by areas of strong communication and infrastructure, but in our capitalist world we pay little attention to the equally important ‘social geography’ that we create. Should we be surprised that our most pro-European city, London, is also the city that enjoys direct rail service to Marseille, Lyon, Paris, Brussels and Amsterdam? When bridges are built, we can start to foster the tangible relationships that make people feel we are part of something bigger.

HS2 will open up the possibility to run high-speed trains from Manchester to Brussels, Leeds to Paris and Birmingham to Amsterdam – and beyond into Germany, Italy and Spain. As Europeans, we understand the need to strengthen cross-border connections. Some suggest we should travel less; but travelling is our most powerful tool against xenophobia, nationalism and racism. It opens our minds and gives us a first-hand experience of cultures we would have previously been ignorant to. The more people who travel, the more relationships we will create, and the more we will understand each other as a global community.

HS2 is not about cutting 20 minutes off London-Birmingham. It is about the UK building its part of the global jigsaw for the new, green world that we desperately need.